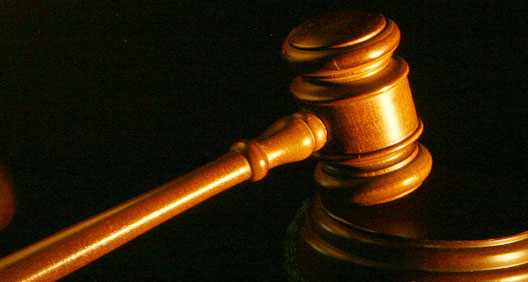 In this post, I’ll talk about the importance of hiring a lawyer that works on his or her craft daily. Many people may not realize this, but the law is not static. Quite the opposite, it’s constantly changing, either by legislative action or judicial interpretation of the laws already on the books. Whenever a person goes to trial and loses, an appeal often follows. That person will argue a specific point of law and how they believe the trial court made a mistake in how it ruled when interpreting that particular legal issue. Depending on which court renders an appellate decision, their ruling could potentially become binding law (precedent) on the court one of my client’s cases is in. This is precisely what happened in my client’s case. Fortunately, I obtain and study all the appellate decisions as they are released, constantly looking for new angles to defend my clients. This is time consuming, but essential to building a formidable defense when the situation seems hopeless.

Turning to my client’s case: In the early morning hours, an unknown citizen called 911 to report that my client was allegedly all over the road. Police made the location and claimed that they, too, saw him “swerving out of his lane.” A traffic stop was made and a DWI investigation followed. Eventually, the police sought and obtained a search warrant to draw my client’s blood, which resulted in a .29 BAC – nearly 4x the legal limit! Because he had two prior DWI convictions, this was filed as a 3rd degree felony. One problem for the government: the police officer that signed the search warrant affidavit never swore to the document prior to seeking the judge’s order for the search warrant, as required by Tex. Code Crim. Proc. Article 1.06 and Tex. Const. art. I, section 9. In Wheeler v. State of Texas, No. PD-0388-19 (Tex. Crim. App. 2021), the Texas Court of Criminal Appeals held that the good-faith exception of the Texas exclusionary rule does not apply where an officer fails to swear by oath to the probable cause affidavit that forms the legal basis for a search warrant. Therefore, even though the judge actually overlooked this and signed the search warrant, the Court ruled that the officer was objectively unreasonable in failing to follow this important procedure. In such a scenario, the exclusionary rule, codified in 38.23 of the Texas Code of Criminal Procedure, requires that the evidence be suppressed.

Early on in the case, the DA’s office offered S.V. 4 years in prison. They touted their really high blood test result and felt they had an open and shut case. Over a period of nearly a year and half, we fought for every inch and soon the government’s case began to unravel. First, the cops showed up for the ALR hearing. This gave me the opportunity to cross-examine them under oath. After cross-examining both officers involved, it became apparent that the basis for the stop was flimsy at best and unjustified at worst. The officers each testified inconsistently about what they saw. The hearing was done via zoom. At the end, one of the officer’s mics was still hot. He could be heard saying “I didn’t like that one fucking bit.” Rigorous, relentless cross-examination brings the truth to light and makes disingenuous witnesses uncomfortable. The ALR judge determined the witnesses were not credible. ALR dismissed and license saved!

With a record of sworn testimony establishing an illegitimate traffic stop and an inadmissible blood result, what began as a 4-year prison offer was transformed into an outright DISMISSAL. I take my craft seriously by staying on the cutting edge of the latest legal developments. My motivation is simple: In my career, I have the ability to absolutely change the trajectory of my client’s lives. It’s not a 9-5 job. It’s a calling. Don’t shop on price. Shop on results and dedication. Instead of giving up on your case and your future, call or text 281-300-8695 now for a free case evaluation.